Just as things were starting to return to a new kind of ‘normal’, Leicester has been dealt a massive blow. Over the last few weeks Leicester has seen a significant increase in the number of Covid 19 cases, resulting in the UK’s first localised lock down. Schools in Leicester will now remain closed until the new academic year and all non essential shops will have to close. Pubs, restaurants and other businesses will not be allowed to open on the 4th July.

If the thought of two more weeks in lockdown sends you into an anxious pit of despair, then we have a few suggestions about how to keep busy and use your time wisely.

Our first suggestion would be to tackle that massive pile of paperwork. We all have one! If yours is getting out of our control then take a look at our guide to getting organised and managing your life admin. We put this together a few weeks ago because we believe in the positive healing powers of being meticulous and organised. So, if you’ve got time to spare why not give it a try!

For those days when you just want to sit and do nothing we’ve put together an awesome list of 10 best films about inheritance to watch during lockdown.

This thrilling horror film is about a young man who inherits a creepy house which is haunted by his estranged mother’s ghost.  As he explores the house and relives some of his own demons his mother, Rosalind Leigh, delivers a narration about her life in the form of a monologue to her son. She describes the crushing loneliness she felt when her son rejected her which intensifies his own feelings of grief and guilt.

If you’re after something a little more lighthearted, this romcom is a must. This is a remake of the original 1925 film about a man who is left millions in inheritance by his eccentric grandfather. However, there’s a catch. Inorder to inherit the commitment phobe beneficiary must marry his girlfriend before he turns 30, which happens to be in 24 hours. What unfolds is a hilarious scramble to the altar. It’s never a good idea to leave conditional gifts in your Will.

This is a modern take on a classic whodoneit film and follows the investigation of the patriarch’s death after a family gathering gone awry. Maybe the beneficiaries of his Last Will and Testament will provide clues to who will have benefited from his untimely death? The film won and was nominated for a number of awards and was selected by the American Film Institute and the National Board of Review as one of the top ten films of 2019.

Brewster’s Millions is another conditional inheritance type of film. Based on the 1945 version, this adaptation portrays a washed-up baseball player who unexpectedly inherits 300 Million. However, to get his hands on it he must first spend 30 Million dollars in 30 days. You can expect lots of silliness in this classic 80s comedy. 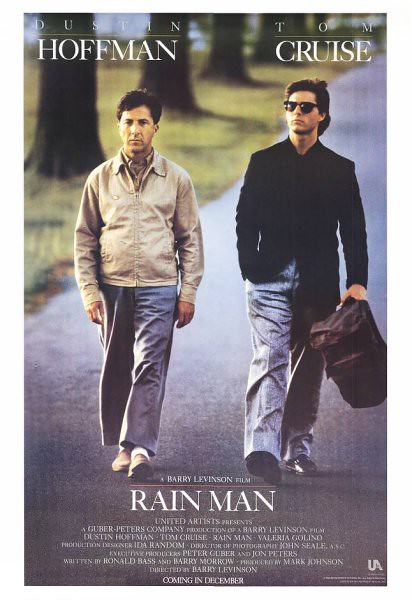 A selfish, yuppy wheeler-dealer discovers that his estranged father has died and bequeathed nearly all of his multimillion dollar estate to his autistic savant brother, who he didn’t know about. At first he tries to manipulate his brother into getting some of the money but as he gets to know his brother, his moral compass changes to a better direction. Duston Hoffman is praised for his performance in this film and we love a happy ending!

Based on the 1910 novel by E.M Forster, Howards End is a British romantic drama set at the turn of the 20th Century. Helen Schlegel falls for Paul Wilcox, but is rebuffed. Her sister Margaret becomes friends with his mother, who promises her the family house, Howards End. Unfortunately, after her death, the will disappears and it appears the inheritance will disappear. Until the widower, Henry Wilcox, becomes attracted to Margaret. Perhaps a good reminder to keep your will stored somewhere safe.

One for the family! Mr. Popper (Jim Carrey) is a successful real estate developer working at a prestigious company in Manhattan. However, his life changes radically when he receives a final gift from his late father — a live penguin, which is soon joined by five more penguins. As he begins to transform his house into a icey paradise his relationship with his ex-wife and kids begins to thaw.

A member of the House of Lords dies, leaving his estate to his son. Unfortunately, his son thinks he is Jesus Christ. The other, somewhat more respectable, members of their family plot to steal the estate from him. Murder and mayhem ensue.

This is a golden oldie about two nightclub waiters (Bud Abbott, Lou Costello) who inherit a haunted roadhouse from a bumped-off gangster. According to the Will of the deceased whosoever is present when “the coppers dim my lights for the last time” will inherit his estate, which consists of a deserted mansion in the middle of nowhere.

Jason Stevens (Drew Fuller) lives a life of wealth and privilege. When his grandfather (James Garner) dies, Jason expects to receive a hefty inheritance. Instead, however, Jason must set out on a journey of self-discovery to earn the true gift his grandfather meant for him to have. Along the way, Jason befriends a dying girl (Abigail Breslin) and her mother (Ali Hillis) and learns what is really important in life.

Leicester is the home of Simple Will and today we’re feeling pretty sad for our beloved City. We wanted to remind our clients that Simple Will is still open and available via phone and video appointments. If you’d like to talk to one of our friendly experts about any of the services we provide then please do get in touch. In the meantime enjoy our list of 10 best films about inheritance.